Why does a computerized system whose business case has not changed since it was designed have to be replaced with a new one? Something is not right when the only way to fix something of this nature is to throw it out and start again.

Michael York, the state librarian at the New Hampshire State Library, said an effort to patch the system has been ongoing. But the system is old, from about 2002. The only way to really fix the problem, York said, is for a new system to be installed.

Where’s Pikachu? How libraries are connecting with patrons over this wildly popular new virtual treasure hunt that uses geolocation—and why the game raises privacy concerns.

Source: Pokémon GO: What Do Librarians Need To Know?

Most libraries that adopt floating collections expect circulation to rise because collections will be better distributed to meet patron demand. Yet how many have analyzed whether collections perform better after implementing floating than they did before materials were relocated? The Nashville Public Library undertook an experiment in floating with optimism. Did the results pay off? Here is how it all began.

Source: To Float or Not To Float | Collection Management

The fall and rise of subscription libraries – http://www.bbc.co.uk/news/uk-england-nottinghamshire-35831853

Like so many of these articles about technology in the library, it breathlessly jumps from “maybe this would be a good tool for the library” to “libraries will be using this this year”. I am pretty sure we won’t be using this particular tool at my library this year, but text analysis of this kind will be of interest.

It occurs that this might be applied to cataloguing as well although I expect the same sort of success as with OCR (Optical Character Recognition). “There to eat lemons. Axe gravy soup!”.

‘Grace notes for ebooks’: A new Trajectory for discoverability

“The Bookseller on the stands in London this morning reports that Bowker — the ProQuest-owned US ISBN agency and publishing research firm — is in final talks for a partnership with a company called Trajectory.

The aim at Bowker is to offer authors and small publishers a new way to generate book recommendations for their readers.”

“Imagine you’re a library,” Bryant says, “and you’re eager to increase your funding. Your funding is based on the number of books you check out. Imagine being proactive and able to email your library patrons and say, ‘Hey, you read this book, and we think there are some other books you might be interested in,'” based on the kind of textual analysis that Trajectory’s system can provide.

“I think we’ll see a lot of libraries try to redefine themselves this year,” Bryant says, “and start to be more proactive, reaching out to patrons to give them an edge.”

Three girls of about nine years of age stroll into the children’s section:

Elizabeth May, MP for Saanich-Gulf Islands and Leader of the Green Party, investigates the legality of the recent culling of federal government libraries and collections:

The Act covering publications and records held by the Government of Canada is the Library and Archives of Canada Act. In reviewing it, it seems clear the act was not followed. The Library and Archives of Canada Act exists to protect and preserve our ‘documentary heritage’. The Act’spreamble makes it clear that Parliament recognizes the importance of protecting knowledge as a critical part of any democratic society.

The Act established a set of protections for all government records held by any and all departments. The mandate to protect and maintain the documentary heritage of Canada is held by the Librarian and Archivist for Canada. The current Librarian and Archist is Hervé Déry—appointed in May 2013 on an interim basis.

According to the Act,

12. (1) No government or ministerial record, whether or not it is surplus property of a government institution, shall be disposed of, including by being destroyed, without the written consent of the Librarian and Archivist …..

Under s. 16, all publications (even if surplus) must be moved to the care and control of the Librarian and Archivist.

I decided to phone the Librarian and Archivist of Canada, who has a very clear responsibility to protect the ‘documentary heritage’ of Canadians. It took over a week to get the current interim Librarian and Archivist on the phone. And when I did, it turned out two officials from Heritage Canada were in the room as ‘observers.’ Mr Déry confirmed that he has not provided any written authorizations for the destruction of documents. He claimed it is none of his business if records, books and research are destroyed as it is in the ‘discretion of the ministers.’

The Globe and Mail

Visitors to Canadian libraries will no longer have access to free digital magazines from Canada’s largest publisher.

Magazines Canada, an industry trade group, advised Canadian publishers to walk away from an agreement with the company whose software makes the publications available because of delivery problems. Rogers Media complied, and its magazines are no longer available on the popular Zinio app.

Here’s a list of some of their French and English language consumer and business press publications:

My library is introducing an e-reader lending program. The price of e-readers has dropped such that this is practical for a library in a community of our size. This is a good article about our new program, however it does adopt the cliche of libraries being strangers to new technology.

(Librarian Sam King demonstrated the versatility of the Trail and District Public Library’s new e-readers set for community circulation in a few months. Options on the portable device include large text and with the tap of a finger, a page can be bookmarked or turned. / Sheri Regnier)

How a future library will look is anyone’s guess.

But in this digital age, a library might become less about lending a book and more about transmitting text through less traditional sources.

The Trail and District Public Library reports an exponential increase of tech-savvy users in the last few years, aided by the addition of 12 public access computers, along with the circulation of electronic materials increasing by 63 per cent.

The current 5,000-square-foot Trail facility is packed with countless tactile resources, so in response to not just a lack of space, but to keep up with the times, the library has added 10 e-readers to its stock of portable devices, and tens of thousands of books to its electronic library. 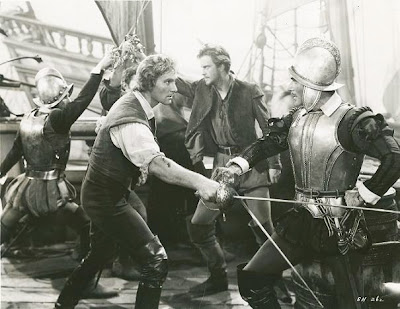